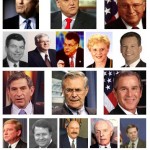 In the waning days of the second Bush / Cheney presidency, I can barely contain the seething anger that rises in me. This is not a liberal rant; this is not a left-wing diatribe nor is it a politically motivated article. This statement is what I want on the record before political amnesia settles in.

In the name of all French Expatriates across America, temporary migrants or permanent residents, in the name of Americans of French extraction, be they recent or distant, may they be Cajuns, may they be from Maine, Vermont or Michigan, I want to tell you how much you hurt and damaged the fabric of Franco-American relations, how much you made our lives difficult and painful. May your Anti-French political side-show go down in history as a vicious, petty and as a spiteful act of backstabbing cowardice.

May all Americans remember what you did, not so much in respect to our citizenship or culture, but how it speaks volumes about how you treated dissent, opinion and opposition

When you and your administration pushed the truth aside to embark upon the folly that was the Iraq war, opposition from the French Government became your excuse to operate a systematic, top down Anti-French policy from within your own office; aimed not only at French interests, but against all things Gallic be they our culture, our language and our people.

Five years of Anti-French slander and vilification was thrust upon us by you direct from the White House, from your administration †, your members of Congress ‡, from your governors * and from your lackeys in the media ¶.

May all Americans and Franco-Americans alike, remember what you did. Not so much in respect to our citizenship or culture, but how it speaks volumes about how you trampled on dissent, opinion and opposition: true constitutional freedoms you swore to uphold one cold morning of January 2000.

We shall neither forgive nor forget…