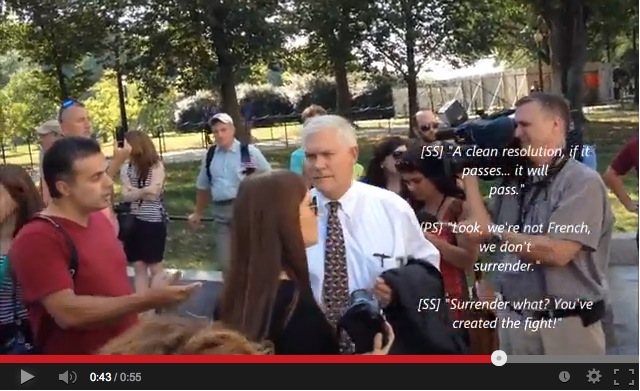 Pete Sessions is no stranger to controversy. In 2009, he said the Republican Party understood legislative “insurgency a little but more because of the Taliban”. In 2010, the same Pete Sessions said after watching a Princeton University basketball team “How often can you go see a bunch of white guys play basketball ?”.

When it comes to French Bashing however, Pete Sessions is not alone. Here is a selection of anti-French comments from other House and Senate Republicans, most date back to 2003.

9 Replies to “Look. We’re not French. We don’t surrender.”