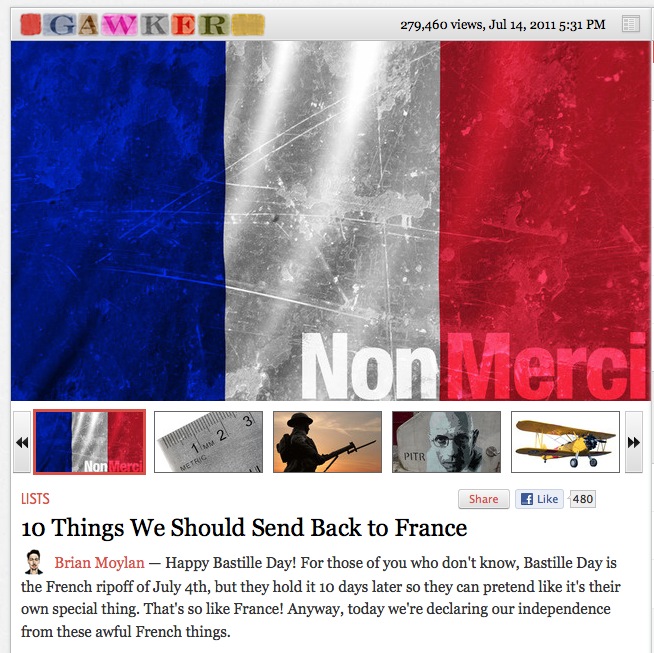 (1) Ryan Tate @ Gawker : “But [Angelina Jolie’s] lazy, arrogant French doctors will make her wait in agony for three more days so they can celebrate cutting off rich people’s heads like communists and probably also so they can fornicate with their unbathed mistresses, get drunk and fantasize about terrorism.”
(2) Luke Russert is a television and radio personality who has followed in the footsteps of his father, the late Tim Russert)

15 Replies to “French Bashing Is Here To Stay”