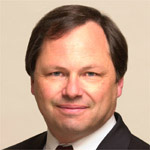 We at Miquelon.org, are not interested in editorializing France’s position vis à vis NATO, nor Nicolas Sarkozy’s new commitment to Afghanistan. Political experts and well-versed columnists often discuss the merits of those foreign policy choices at length. However, when a columnist, likely under the pressure of a deadline, resorts to parroting stale clichés and pop culture references borrowed from the likes of Jonah Goldberg, it’s time once again to take a stand.

If current French Bashing (2003-2007) was originally based on the trickle-down model of hatred, the long tail best describes the permanent – yet low frequency usage of offensive language by such mini me’s as Don Martin of the Calgary Herald (and Craig Ferguson for that matter …).

Being Goldberg’s Canadian laggard might be Martin’s pathetic raison d’être, and defending hate speech might be his pet project on occasion, but the fact no one at the National Post sees anything offensive in this abject caricature of French and European history is worrisome:

“After six years of lollygagging around Kabul — shopping for carpets along Chicken Street, munching fresh lamb kebabs and generally wearing the cheese-eating surrender monkey uniform like a legion of honour — French troops reluctantly will step into the line of Taliban fire later this year.“

Reducing the horrors suffered by France during World War II to a catch phrase once uttered by a yellow cartoon character might have given Goldberg the necessary pop-culture edge to break away from the pack in 2003, but in Martin’s column, it’s past the due date.

Note: In statistics, the long tail is a feature of the new distribution of online markets and human behaviour. Prominently featured in articles about Web 2.0, the concept might just as well apply to the politics of bigotry and parrot-like punditry.

17 Replies to “The Long Tail of Bigotry: Don Martin and France in Afghanistan”