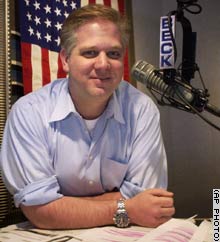 Our readers alerted us about the content of your program of September 19, 2006, because of alleged French-Bashing. Needless to say, the “alleged” melted away as soon as you started speaking. We were dismayed to see how virulent you were, and how you used one of the most powerful words in the English language – HATE – to express your sentiments towards our people and culture.

You were addressing a policy issue, a legitimate one at that, about sanctions against Iran and president Chirac’s position. Putting all debates aside, nothing gave you the right to voice such hatred towards our people and culture. Political debates? Let’s have plenty! But please, put the hate speeches aside.

Given the realities of political correctness, we believe you would never dare say anything along these lines about any other nationality, culture, religion or race from fear of retribution or action from an established organized activist group. We know you took out your venom on the only group you thought you could target in absolute impunity – The French.

We can understand the push for ratings, and your channel’s desire to “Outfox Fox” – But what you said yesterday about the French, was Hate Speech, and the only decent thing would be to apologize to your viewers.