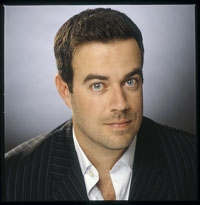 While discussing the movie Flyboys, Carson Daly thought it would be amusing to bash the French with a few throw away lines about the French Army and the First World War to the great amusement of his audience.
From our editorial of November 11th, 2003, we would like to quote the following passage to him: “This was a war, where over half of those mobilized became casualties, where trench warfare was the norm, where chlorine and mustard gas was first used, where eight million men met their deaths. In France alone, over eight million men where mobilized, one and half million where killed and over four million wounded.

It is therefore paramount that we all take the time to learn about the past and collectively lobby our elected officials so that History has its due place in the curriculum. Armed with the knowledge that too many of us get our incomplete historical knowledge from the commercial media, that each nation has its vested interest in ‘teaching’ us its view of History, we must lobby for more open historical resources on the Internet, declassification of documents, funding of museums and non-commercial media.

Maybe then, the hatred spewed by Shock Jocks, the dubious humour of certain late nights hosts and the bashing of any nation and culture will not be possible.”