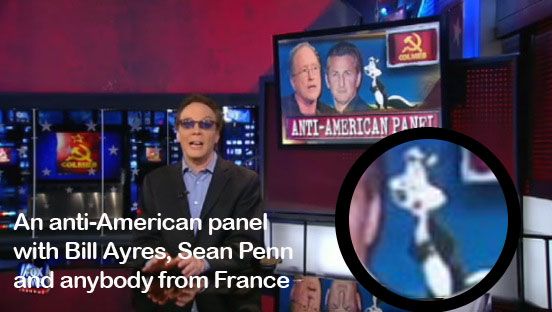 New spot for Alan Colmes’ new show on Fox News. The ad is a spoof of all things perceived as left-wing and anti-American. “Anybody” from France is represented by Pepé LePew, Warner Brother’s anthropomorphic skunk. h/t to Browmf